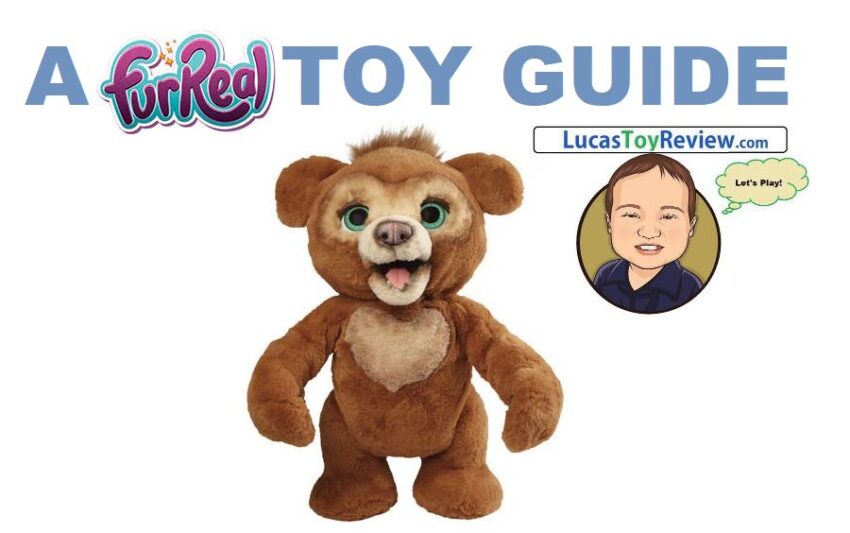 Discover FurReal toys alongside a 5-year-old boy. Lucas shares fur real pets toy characters & where to get furreal friends like the fur real dog cubby at the best prices.

What are FurReal Toys

FurReal Friends is a line of robotic toys created in 2002 by the brand division of Hasbro, Tiger Electronics, and Dreamright toys. First, it was made by sega toys in Japan. Robotic toys range from guinea pigs to dinosaurs, these toys available in many models and models vary in size and complexity. These toys have two slogans, that are “ They love you for Real, FurReal friends’ ‘, and “My best friends are FurReal Friends’ ‘.

Earlier toys were created as realistic animals, after that the brand shifted to feature more cartoonish and cute, and now it includes fantasy creatures such as dragons and unicorns. In 2017, the Furreal Friends brand was renamed as FurReal.

FurReal is noted and famous for its animatronic ( they are the modern variant of the automation and are used for the characters in film and in theme park attractions ) creations. By using this technique they create domestic animals and these are alternatives to living pets, also created pets for children to play like horses, cats, rabbits, and dogs, etc.

They created certain animals as robotics with this technique, that is unfit for domestication, like elephants, lions, tigers, leopards, jaguars, unicorns, and bears. A robotic puppy called bouncy, if touches her head it can jump and turn in a circle. A robotic elephant called Zambi was manufactured and intended for charitable sales.

One of the famous FurReal toys is Pup Beagle, it was launched in 2011. If anyone rolls over, it makes realistic puppy noises and goes to sleep. It has an adoption certificate. Another notable toy was the Butterscotch Pony, it was designed with an assortment of sound effects mimicking like live horses.

Below are some new lists of FurReal Toys.

Below are the some FurReal Pets toys

These are some most popular FurReal Dog toys, the above-discussed toys are available online too like Amazon, Flipkart, Snapdeal, Walmart, and some other e-cart sites.

Moreover, the primary goal of this website is educational and a fun father and son project.